Ever since Paul George was announced as NBA 2K17’s cover athlete, fans of the series have focused on a small, but key cover detail: one of the pictures of Paul George features him in his Team USA uniform. While this might be easily dismissed by casual players of the game, some hardcore fans have noticed that the NBA 2K17 game cover features Paul in his Team USA uniform.

The uniform suggests that there might be some sort of an international competition in the game because why else would the player be in his country jersey instead of his team one which has usually been the case with NBA games. 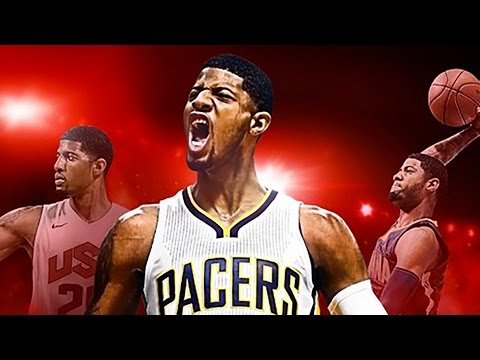 If 2K does decide to include Olympic teams, it wouldn’t be the first time. Back in NBA 2K13, users could not only play as the star-studded 2012 team, but also the original 1992 Dream Team, including Charles Barkley.

This speculation has led to some further very interesting possibilities, if 2K were to actually go through with the plan. The game could feature all Olympic teams from 1992 to 2016 and players could have the opportunity to pit different iterations of the teams against each other as well as create their own custom team by using players from different years.

If 2K really wants to include the authentic Olympic experience, they should get as many international players and country licenses as they can so users can replicate the actual Olympic games, all the way through awarding bronze, silver and gold medals.

In other latest news, a non-US team has been firstly added in the game in the form of Australian Boomers so we might actually get to see some Olympics action after all.