It’s unknown whether the 1992 Dream Team could be reproduced by any current great team in the game of basketball for years. With the coming of NBA 2K17 this fall, we have the chance to ensure answers to that in video game form. Not only will the original Dream Team be available to use, but you’ll also get the current USA Basketball Olympic team. You just need to pre-order NBA 2K17 to get access to the Dream Team and the USA Basketball Olympic team. 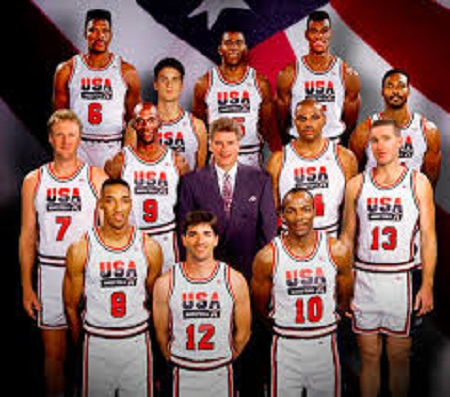 There is another new event featured. The record-breaking video game franchise will also have current USA Basketball coach Mike Krzyzewski scanned into the game. He’ll be there to patrol the sidelines of the current Team USA squad and let them know they’re having too much fun when they start trying to posterize virtual opponents. This is the first time Coach K will be in the 2K series and he’ll even host a tutorial mode that teaches you the basics. 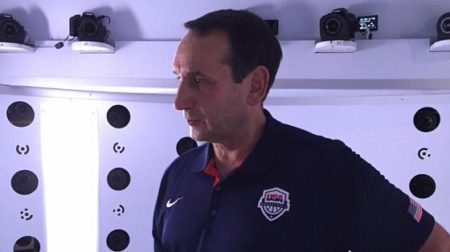 Coach K will be available on the sidelines for the first time in NBA 2K17.

According to 2K Sports:

2K today announced a partnership with USA Basketball that will bring the full roster of the 2016 USA Basketball Men’s National Team, including coach Mike Krzyzewski, to NBA 2K17, the next iteration of the top-rated and top-selling NBA video game simulation series*. Fans who pre-order NBA 2K17 will receive the legendary 1992 USA Basketball “Dream Team,” along with a USA Basketball MyPLAYER jersey.

“Basketball has become an iconic part of American sports heritage, and I’m thrilled that fans can play with this year’s roster in NBA 2K,” said Krzyzewski who, since 2008, has coached the USA Basketball Men’s National Team to four straight international tournament gold medals. “NBA 2K17 is the best way to connect to legends of the past ‘Dream Team’ while celebrating the success of this year’s roster.”

2K has also revealed that renowned Duke University and USA Basketball coach, Mike Krzyzewski, will be making his debut in the NBA 2K series. Krzyzewski – or “Coach K,” as he’s widely known – will appear on the sidelines coaching the 2016 USA Basketball Men’s National Team in NBA 2K17. His likeness will also be found in a revamped tutorial mode focusing on teaching fundamental basketball strategies including pick and roll execution, proper defensive positioning, ball movement, boxing out, court awareness and more.

NBA 2K17 is available on all platforms in standard form for $59.99. If you own a Xbox One or Playstation 4, you can pre-order the Kobe Bryant Legend Edition for $79.99. That will include virtual currency, Kobe’s shoes in video game form, Kobe’s throwback jersey and a Kobe hoodie in video game form, a poster, and more. There’s also a Kobe Bryant Legend Gold Edition for $99.99 that has all of the contents of the regular Legend Edition along with more shoes, more virtual currency, and a physical Kobe cover to insert into the game’s box.