NBA 2K17 will be released by Visual Concepts on the 20th of September 2016. As previously reported, “NBA 2K17” game will also come in three editions, Standard , Legend and Legend- Edition Gold.

Many predicted that Stephen Curry could be the cover of the latest NBA 2K as he was the first unanimous selection and back-to-back winner of the MVP award. As a result, fans were surprised when Paul George of Indiana Pacers was announced to star as the cover of the game’s standard edition. 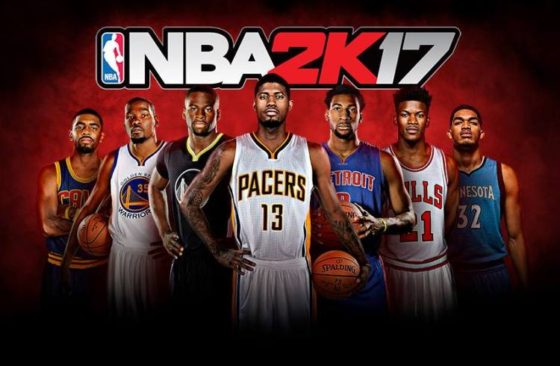 According to Foxsports, Jason Argent, senior vice president of operations at 2K sports, countered that George is an amazing basketball player and is a fan of the brand. USA Today stated that Paul George is ‘probably the biggest NBA’s biggest 2K video game fan’.

As Kobe Bryant ended his basketball journey last April 12, 2016, fans don’t have time to sulk when NBA 2K17 released the cover of its Legend edition on the same date, honoring the Black Mamba’s 20-year long career.

“#LegendLiveOn” is the primary message of NBA 2K17 trailer showing fans and haters alike of Kobe Bryant. The legend, indeed, lives on in a virtual court where you can be Kobe and continue shooting hoops.

ITechPost stated, along with other fans who expressed their anxiety on social media, that there might be a delay because of Kevin Durant’s decision to move to Golden State Warriors. Although these rumors swirl around the release date being pushed back, the developers neither confirm nor refute speculations.

NBA 2K17 is offering freebies for avid gamers who will pre- order either the standard, the legend edition, or the legend- edition gold. Standard version can come with a MyTeam bundle.

Editions can be pre-ordered so fans can get them possibly four days earlier than the promised release date of the game.