FIFA 15 has been 6 years old, and EA Sports hands out a series of activities to celebrate sixth birthday. As the most popular game of football simulation, FIFA 15 fixes its eyes on game’s fairness. EA Sports stated that FIFA 15 Coins will never be sold to the public.

The company has already explained that it has chosen to introduce Price Range as a mechanic and to eliminate the transfer market from both the web and the mobile companion app in order to improve fairness and to eliminate the advantage that cheaters and coin farmers had over the rest of the player community.

EA Sports wants to also ensure all gamers that it has no plans to sell coins for Ultimate Team directly to players at the moment or at any point in the future.

The developer adds, “we believe the game benefits when the playing field is level for all and progress is achieved through playing matches, squad building, Transfer Market trading and making decisions with pack items.”

FIFA 15 Ultimate Team is getting regular content updates at the moment and there are plans to tweak the value of the Price Range mechanics for the most important players almost weekly, with different values on each platform based on the evolution of the market.

There are also no plans to increase the amount of coins offered for one match because that would lead to even more imbalances for the mode and would make it harder for players to get access to the most important players in Ultimate Team.

But EA Spots does suggest that there are promotions and other events, like custom made tournaments, that it will use in the near future to try and give honest players access to more money that they can use to improve their teams.

There are also plans to re-enable the transfer market for the web and the mobile companion app for Ultimate Team in order to make it easier for players to trade.

However, there is no any explicit replies about whether they will change the version of the football sim or add more improvements.

With all the big new releases for 2014 out of the way, the UK sales chart last week stayed
the exact same when compared to the previous sales period, meaning that FIFA 15 once again
finished in first place.

For a few highlights from last week, Just Dance 2015 jumped up to #6, with 66% of sales
occurring on the Wii; Destiny rose 29%, likely thanks to The Dark Below; and Lara Croft and
the Temple of Osiris debuted outside of the top 40 All Formats Chart, but did manage 17th on
the PlayStation 4 chart and 14th on the PC chart.

Here’s the top 20 selling retail games in the UK for the week ending December 13, 2014,
according to GfK Chart-track:

Do you expect to see FIFA 15 stay the No.1 for the next few weeks? If you want the gold
enough, please contact FIFA 15 Coins store. 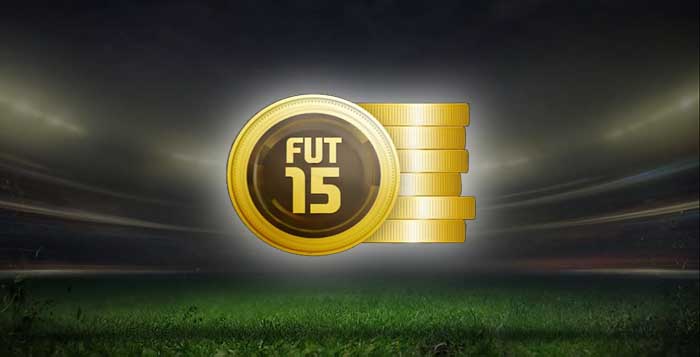 Everyone is after these coins to make their dreams come true. The more the better. When buying coins you’re apparently breaking the rules, therefore you should first get to know about the risks concerning your actions. There is an official introduction about it. Before, I shared my personal anti-banned skills/experience with you guys.How to Buy CoinsBeing in this part of the article you should’ve already read all about the risks. The coin buying process is easy and simple. In general, sellers will ask you to do a procedure similar to this:1) Open the Web App and log in to your account;2) Click ‘My Club’ – ‘Players’ and search for a player (normally bronze) that you’ll hardly need and that’s not an untradeable;3) Click ‘List on Transfer Market’;4) A new window will appear and you’ll need to define a Buy Now price equal to the amount of coins you’re buying, plus a start price preferably close to it with a 3 days duration;5) Press ‘OK’ and go to the coin seller’s website where you should select your platform and let them know the amount of coins you want;6) Enter your club’s name, which is the one shown right next to the FUT 15 logo on the web app, and give them the rest of the information requested, which varies according to the seller but almost always includes the name of the player you’re auctioning.7) Perform the payment in one of the available methods. Normally sellers accept several types of payment, including credit cards and PayPal.8) Your coins will be delivered to your account within a 24 hours period after the payment, yet sometimes the transfer is made in just a few minutes.The Cares You Should TakeYou should pay close attention to the following tips in order for everything to go down smoothly:Don’t buy from strangersIn this subject we completely agree with EA: buying coins is dangerous. Very dangerous. There are thousands of malicious people out there taking the opportunity to do phishing and others that steal the buyer’s money since he’s paying before receiving the coins. Remember that the game has nothing to do with the transaction that you’re about to make, so if anything goes wrong you don’t have anyone to complain to. Follow the safety recommendations and never, ever, give your account information to anyone.It’s very easy to find people who sell coins. Just google it. But finding someone honest is a bit more difficult. We advise you to buy from someone who’s done it before and has positive feedback. Don’t just buy from anyone. Besides, avoid falling for the temptation of buying cheap. If you’ve found a price that’s way lower than the average (see on the next chapter) then you’re under serious risk of losing everything.Make the Transaction SafelyEvery online sale offers risks. If the seller is unknown and his product is fictitious, these risks are even bigger. If you don’t have the payment method that you’re comfortable with available, ask the seller to make it so or else you’re going to another website. Follow the habitual safety recommendations: avoid using a credit card, use MBNet or PayPal when possible, make sure the seller is trustworthy, don’t give away personal information, etc…Have in mind how many coins you wantBefore buying anything, you should already know what you really want. If you buy too many coins, you’ll be spending money for nothing. If you don’t buy enough, it’s most certain that you’ll have to buy again, but then, without the discount you normally get for bigger amounts of coins. Decide if you want to buy all at once, you can also leave some for later. After all prices tend to get lower and, with time, you’ll be able to get better deals.See who covers the 5%All transactions in the FUT 15 auction house are subjected to a 5% tax because of EA. That means if you sell a card, out of the value you supposedly sold it for 5% will be discounted. Many sellers offer to cover this value in order for you to receive effectively the amount of coins you paid for. It’s important that you’re aware of this so you don’t run into a surprise once you receive the coins.Buy at fair priceWhen choosing a seller, safety isn’t the only factor you should be paying attention to. The price is always a decisive factor. Try buying at the lowest price possible, don’t skip potential discounts, it doesn’t matter if that’s through promotional codes or big amount discounts. Remember that the price goes side by side with devaluation of the coin, for it varies according to period of the season and platform. FIFA 15 coins PC cost 1/3 of console coins and those on Android and iOS are not even close to that.We hope this can help you. Please support us. Thank you.