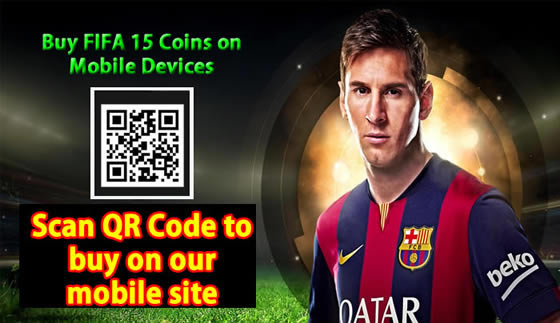 Being the main cover player for FIFA 15, Lionel Messi commands a hefty price in cheap fifa 15 coins and as such very few people have the chance to see his virtual avatar in action. Messi is definitely a player worth having in the game and retains most of his real life talent as well.

Evaluating his Stats one by one.Starting off with the pace, while he is a quick player and has a decent acceleration as well, the stat value doesn’t quite translate into superior performance. A moderately paced defender can intercept him without too much difficulty, something which is not the case for the real one.

Messi’s shooting skills are terrific for hitting longshots, with FIFA 15 paying greater attention to player’s unique abilities, his skill with the ball is well reflected. On the downside though, shots from a shorter ranger towards either post can be hit and miss. While he does not come off as a bad shooter, other strikers have had a better time playing the same shots.

His passing skills are surprisingly jacked up. While they are well suited to his CF profile, he does outshine the real life counterpart in this case and makes for one additional strength in the game.A high dribbling stat, gives him good control over the ball and his ability to carve a path through the defenders is well replicated even if the there is a noticeable lack of strength. His pace again affects the overall performance which could be slightly better but is definitely good even now.Defending of course is not a strong suite but then it doesn’t even matter.A decent ability to pull off headers, though not as reliable as Giovanni for instance. He really isnt known for spectacular headers either so this can simply be taken as a bonus.

All in all, the cover player has received generous treatment from EA and is a desirable asset to the team, however a team is made of 11 players, so don’t be in a hurry to buy fifa 15 coins just yet. A better team may be possible at a much lesser cost.