In FFXIV, adventurers of Eorzea are constantly ringing the Crystal Bell to summon Jandealine, the artistic and talented Elezen who is quite possibly the busiest person in all the realm. If you are a talented, clever and deft Final Fantasy XIV player. Welcome to Final Fantasy XIV Hairstyle Design contest official contest. Following are contest rules: 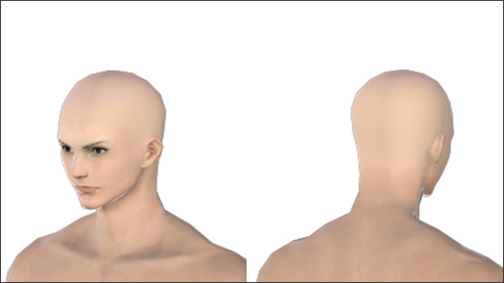 1.Eligibility. The contest is open to legal residents of the united states of America and Canada who have an active Final Fantasy XIV account and are over the age of 13 at the time of entry. To be eligible to win a prize, you must participate in the Contest in the manner described below. Directors, officers, and employees of Square Enix, Inc. and any of their respective affiliate companies, subsidiaries, agents, vendors, professional advisors, advertising and promotional agencies, and immediate family members of each are not eligible to win any prizes. All applicable federal, state, provincial, and local laws and regulations apply.

2.Contest Period. The “Contest period” begins on July 27, 2015 at 12:01 a.m. Pacific Time and ends on August 21, 2015 at 12:00 a.m. Pacific Time (the “Deadline”). Entries must be submitted by the Deadline to be eligible to win a prize. Square Enix will, in its sole discretion, determine the valid and official entry time should any discrepancies of time occur. Square Enix reserves, in its sole discretion, the right to extend the Contest period for whatever reason without notification.

3.How to Enter. During the Contest period, you must follow the instructions posted on this webpage and take the following steps:

(b) using the ffxiv_contest@square-enix.com email address, send an image of the Design to Square Enix along with the following information: (i) Email subject: FFXIV Hairstyle Design Contest, (ii) Email body: character name, world name, nickname, entry category, entry title, and a short comment about the Design. You must not include personal information such as your name or address in the body of your submission email.

(b). Ten Runner Up Prizes, one to each Entrant whose Design received the ten highest number of “Likes!” on the Forum (not including the grand prize winning Designs). The prizes are that Entrant shall receive one “Noble Barding” Chocobo barding.