New to Madden NFL 18 is the Longshot Story Mode. The new update addresses a variety of modes, gameplay and it even improves the likenesses for 20-plus players. Previously, EA Sports released the enormous Patch 1.04 for PS4 and Xbox One. Do you know the patch’s the full notes for the game? It’s time to know more these details. 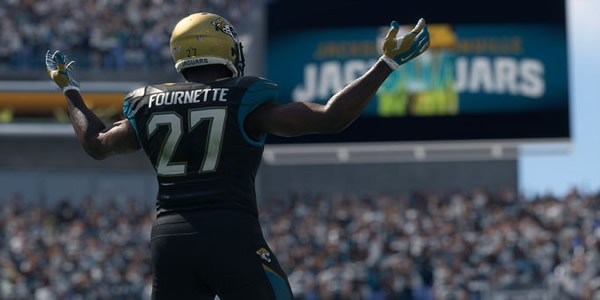 Top Updates
Addressed an issue where the QB could not dive while scrambling
Addressed the issue with receivers assigned to a bubble screen running the incorrect route
Addressed the issue where the Gun Monster formation was leading to pancake blocks by the offensive line
Addressed the issue with players recovering a fumble not being able to be tackled
Tuning to decrease Hit Stick and Cut Stick fumbles globally
Added several new chemistry abilities to MUT, including:
Added Vicis Zero1 Helmet with six supporting facemasks
INT Specialist – These defenders are far less likely to drop interceptions unless the ball is tipped
Primetime Protector – These blockers excel at pass blocking in third and fourth and long situations
Footsteps – These defensive players will apply a higher catch-penalty to receivers when they are near the receiver during the catch point
Secure Tackler – When user-controlled, player does not allow broken tackles; when AI-controlled, can only allow broken tackles to Tier 1 moves
Unfakeable – When user-controlled, player does not get faked out by ball carrier moves, when AI-controlled, can only be faked out by Tier 1 moves
Lead the Way – These blockers are more likely to succeed at run blocking when in a pull or lead block assignment
Situational Pass Rusher – When pass rushing, these players receive a boost to pass-rush success chance on third and fourth and long situations

Anyway, Madden 18 is a good game with many new perks, and it’s headed in the right direction. Overall, this is a really great Madden release with a few errors that need fixing. With our cheap madden 18 coins, you can spend less money experience more fun, more time playing with the game, you can enjoy a more progressive and cohesive gaming experience.