Final Fantasy XIV Stormblood is a huge change, the Stormblood is successful. Under the MMO spotlight, the expansion is well and truly. Final Fantasy XIV works through a launcher which keeps your game up to date. This will run each time you wish to play. The user interface (UI) in FFXIV is very standardized with very few customization options. There is no add-on compatibility within the game. There are loads of new updates and tips arriving, see more at here. 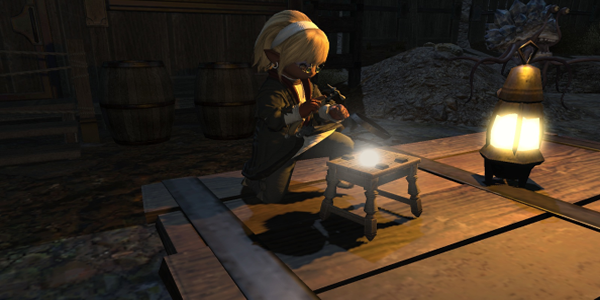 In Final Fantasy XIV, character creation is very straightforward and you are able to create something relatively unique to suit your tastes, without having too many complicated options which you could get lost in for hours. Final Fantasy XIV is created for the PC and PS4 (PS3 support is being discontinued in Stormblood) and so has support for both keyboard/mouse and gamepad.

Mini Maps
Maps within the game are not the most user-friendly I’ve ever encountered. Be sure to study the map carefully before running off too far in one direction. The mini map in Final Fantasy XIV is pretty standard as far as these things go however there are a few extra features to be aware of.

Digital time.
Zoom and Settings toggle.
Coordinates indicator at the bottom, relative to the map.
Icons to represent AFK and signal to the server and new mail.
A small sun circles the outer edge to indicate the time of day in Eorzea.
Weather indicator. This is important for fishing and screenshot enthusiasts.