The “Horns of the Reach” for The Elder Scrolls Online is available for download on the PC and Mac. This also applies to Update 15.

Bethesda has today released the extension “Horns of the Reach” for “The Elder Scrolls Online” on the PC and Mac. The DLC introduces two new dungeons (“Falkreath Hold” and the “Bloodroot Forge”) and has a lot of new items in the pack. Together with “Horns of the Reach”, improvements were also made to the basic game, which are offered free of charge to all players. There is also a new battleground game mode for PvP, Chaosball, and a new map, the “Arcane University”. 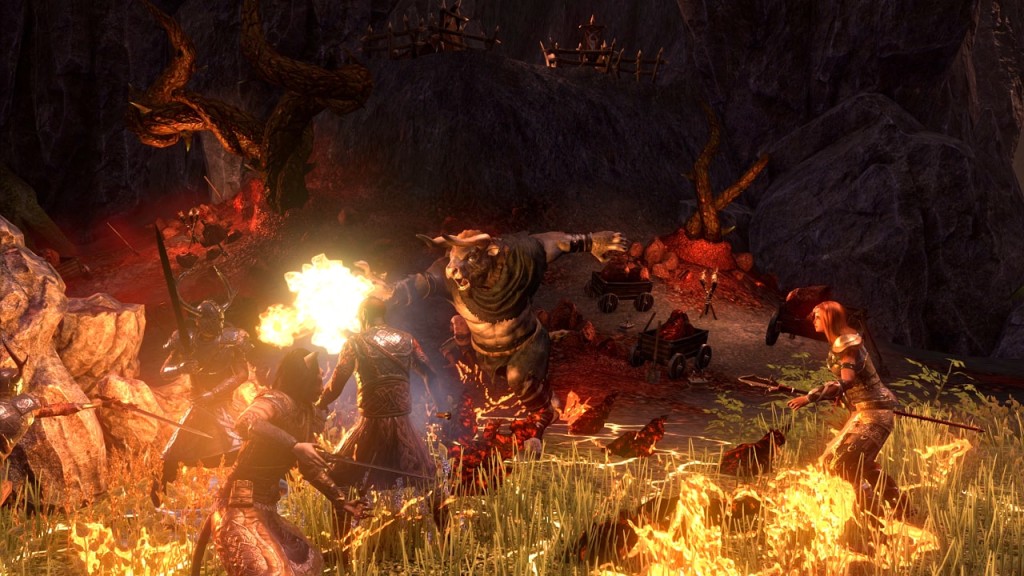 The “Horns of the Reach” is available for all “ESO Plus” members. All other gamers can buy them for 1,500 crowns in the Crown Store. “The general improvements that Update 15 brings are free for all players, while the additions to the battlegrounds are available to anyone who owns ESO: Morrowind, because ESO: Morrowind is needed for the Battlegrounds.” Both will also be released for players on PlayStation 4 and Xbox One, on August 29, 2017.

Horns of the Reach is said: “The Bloodroot Forge and the Falkreath Hold, two new, challenging dungeons, have groups of four players attacking the dangerous hordes of the Dreadhorn Clan.

Details on Update 15: “For free update 15 for PC and Mac and the big additions for the fast PvP at ESO, the battlegrounds, belongs a new area – the Arcane University, which is located in the heart of the destroyed University of Cyrodiil – as well new game mode, chaosball, where players must conquer a ball to earn points for their squad. The general update updates in Update 15 include bug fixes, balance changes, additions, and quality of life improvements.”