Azurugos in WOW Classic is a blue dragon, often wandering in the wilderness of Azshara, many players are busy with Onyxia’s Lair or Molten Core, and often ignore this boss, but after U4gm investigation found that Azuregos can drop some irreplaceable The equipment is enough for you to use Ahn’Qiraj. 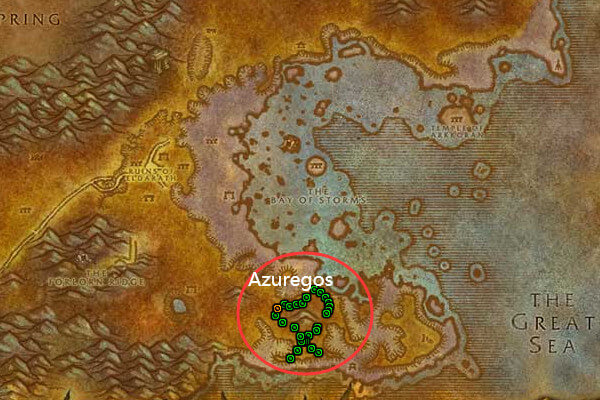 The properties of this cloak are very powerful, mainly because the Hit attribute in the initial stage is too precious, which is very much needed for Rogue and Fury-Warrior. Let’s compare other capes that can be started at present, Cape of the Black Baron, lack Stamina, Crit is not very high. Cloak of the Shrouded Mists, which has a relatively high degree of recognition, is better than Cape of the Black. Unfortunately, flame resistance and nature resistance waste item levels. It would be perfect for changing to the Hit attribute. Generally speaking, Puissant Cape is good. Even after Blackwing Lair is turned on, it can be used continuously. For melee classes, the trouble of changing equipment is eliminated.

Do you have this feeling? I found a Molten Core team and found that there are 15 Mages in it. Then I see that I don’t have a lot of Gold backpacks. In the end, do you want to continue to fight, or even tangled Golemagg the Incinerator for a while? Okay, don’t drop Azuresong Mageblade.

If you drop it, you can’t afford it yourself, and you will be jealous of those rich players. Do not fall? As important equipment of Molten Core, there is not much Gold dividend without falling. So Blizzard gave Mage another chance. This is the Fang of the Mystics dropped by Azuregos. It is also a perfect attribute. It completely crushes other staff or one-handed weapons in the current version, which is only lower than that of Blackwing Lair. The staff of the Shadow Flame, not lost to Claw of Chromaggus, dropped by Chromaggus. So Azuregos is not a negligible boss. Most of its drop equipment is a supplement to the best Molten Core equipment.

If you are Mage and you don’t have enough Classic WOW EU Gold in your backpack, then Azuregos is a boss you can’t miss.